The Benefits of Music therapy for Alzheimer’s 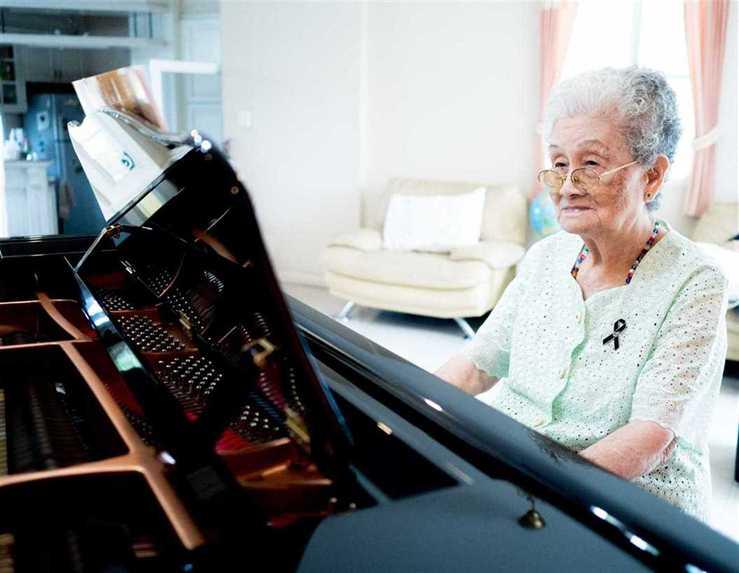 Alzheimer’s disease (AD) is a progressive neurological disorder that causes brain cells to degenerate and die. Some early signs of AD include forgetting recent events or conversations. As the disease progresses, people with this condition experience cognitive signs like mental decline, confusion, difficulty thinking, making things up, and many more. You may also notice your loved one exhibiting behavioral signs such as aggression, difficulty with self-care, and wandering or even getting lost in a familiar neighborhood.

Although Alzheimer’s has no cure, cognitive reserve has been used to minimize cognitive and functional decline. Therapists use intellectual stimulation, physical exercise, and lifelong leisure activities to increase cognitive reserve. One of these interventions is music where music therapy is used as a non-pharmacological treatment to minimize symptoms. Keep reading to know why health professionals use music for Alzheimer’s.

Music, according to anecdotal evidence as well as many researchers’ findings, seems to be partially independent from other memory systems. Musical memory in AD patients remains intact in the brain anatomy even when other cognitive functions decline. For this reason, the ability to recognize music in Alzheimer’s disease patients remains relatively preserved, especially in the onset of the disease. Put to the test, AD patients were able to recognize songs and lyrics as did those without the disease. Interestingly, even those well into the middle stages of Alzheimer’s could sing every word of an older song even when they couldn’t remember their family members’ names.

Because Alzheimer patients are constantly confronted by a world that is unfamiliar to them, they are prone to anxiety and disorientation. Familiar music at this point becomes like an anchor helping the patient come back to reality and connect with the world around them. Music thus taps into the salient network of their brains that are still functioning and as a result reduces anxiety.

Music also helps boost mood and improve sleep patterns. Anxiety, as you probably already know, is detrimental to healthy sleep. A study conducted on 20 male residents suffering from Alzheimer’s was published in the journal of alternative therapies in health and medicine. The patients who were living in a nursing home were enrolled in music therapy five times a week for a month. At the end of the one month, their melatonin levels were tested and showed a significant increase than before the therapy. Six weeks after the music therapy, the melatonin levels remained elevated. Melatonin is a hormone that regulates the sleep cycle –  it’s one of the supplements given to dementia patients to help them sleep better at night. With music, this hormone is produced naturally.

In the later stages of Alzheimer’s, your loved one may enjoy listening to recordings of their favorite music. This can be a way for you to connect with them in a meaningful way and perhaps evoke a response. And not only this, but music provides your loved one with meaningful engagement that gives them a sense of success and accomplishment.

Although music therapy is not a cure for Alzheimer’s, it may slow down the disease’s symptoms, decrease the cost of care, improve the patient’s quality of life, and give family members a point of interaction. All in all, Alzheimer’s patients need special care. If you’re living with a loved one who is suffering from AD, you may want to hire a Winnipeg home care professional who can attend to their day-to-day activities and also ensure that they don’t stray and get lost.